This feeling of anxiety floating around our city. 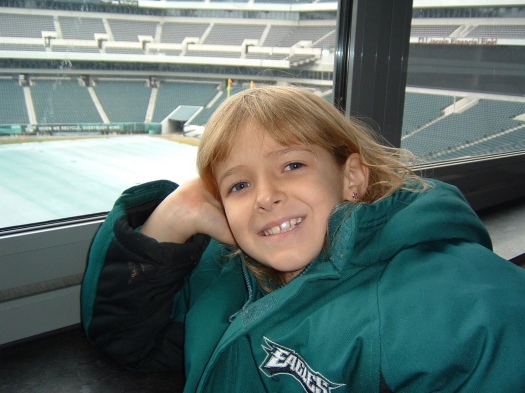 And now today, we are once again on the verge of greatness. But the feeling is different.

The ups and downs of this season have been crazy!

Here in Philadelphia we have the best fans in the league. I call them “rabid.” Because they are crazy. Crazy and completely out of control.

And then there is this team. Lead by our underestimated Coach, we have watched them do something that is just short of a miracle. Well, maybe it was a miracle. Or it was just ushered in by a divine blessing.

Earlier this year, in my blog post “Something is happening in Philadelphia” I wrote about how the young men who make up the Philadelphia Eagles had begun to put their faith first and foremost in their lives. I wrote about how many of them had been using professional football to share their faith in Jesus Christ. To that end, the things happening to this team have been simply amazing!

Now, just to be clear, I am not insinuating that God is a football fan. What I am saying is this. It has been really refreshing to see these fellows being amazing role models, and giving glory to God for their amazing athletic skills.

So there I was, thinking to myself “Wow! everything is just so great right now! This team is glorifying God, and are playing good enough to make it to the Super Bowl!!”

On a simple play , jumping into the end zone during a game in L.A. Our quarterback tore his ACL. And just like that. It was over.

Or so I thought.

This football season has been a lot like our faith. When things are going good in life, we love God! We praise him for his goodness. We exalt him for his grace!

But then when things go bad, I think we forget how good he was to us in the past. More importantly, we forget that he promised never to leave us, and will continue to bless us during the hard times too.

“Faith shows the reality of what we hope for; it is the evidence of things we cannot see.” (Hebrews 11:1NLT)

Like my football team, it’s easy to get discouraged when everything looks bad. But have faith, God knows what he is doing.

So, here we are. On the arm of a backup quarterback (Who was ready to quit football himself because times got so tough) our team won three games that everyone said they couldn’t, and now stand, 60 minutes from the Super Bowl!

You could call it fear, you could call it anxiety. I can’t describe this weird feeling that has taken over the city. But it’s exciting. It’s pretty cool to be here, and be a part of this!

Hopefully next week, I will be writing that the EAGLES ARE GOING TO THE SUPERBOWL!!!!

What do you think?

3 Replies to “Yes. This weeks blog is about football.”